N.W.A. the world’s most dangerous group, pioneers of west coast and gangsta rap, and one of the greatest and most influential groups in hip hop history.

All that despite only being active from 1986 to 1991. In that 5 years the group endured controversies including being banned from many mainstream radio stations due to their too real and too explicit lyrics about life growing up in Compton, California in the middle of the 80’s crack epidemic, police brutality and the rise of gang culture. But the group went on to sell over 10 million units in the United States alone and Eazy-E, Ice Cube, MC Ren and Dr. Dre would later become platinum-selling solo artists. Their debut album marked the beginning of the new gangsta rap era as the production and social commentary in their lyrics were revolutionary within the genre. NWA’s second studio album, Niggaz4Life, was the first hardcore rap album to debut at number one on the Billboard 200 sales charts.

The original lineup consisted of Arabian Prince, Dr. Dre, Eazy-E, and Ice Cube with DJ Yella and MC Ren joining later. The crew of creators for The Culture was/is diverse and ,multi-talented so ranking them won’t be easy but somebody’s gotta do it so let’s get into it!

The forgotten member. Arabian Prince exited the group immediately after the release of Straight Outta Compton. He was an MC, DJ, and producer but the group had all those bases covered and he struggled to find a role. Interestingly enough the two things he’s most famous for are producing the hit song “Supersonic” by J.J. Fad and being the first member of NWA to question Easy-E’s business practices…

Arabian Prince’s replacement. Yella was a talented DJ in his own right…but in an era where the DJ of a group would usually also serve as the producer which in NWA was of course taken Dr. Dre, Yella Boy finds himself near the bottom of the list.

As talented a lyricist as anyone coming out of the west in the 80’s/90’s (his verse on Alwayz Into Sumthin is classic). Unfortunately for Ren he was a member of one of the most talented and charismatic crews in all of The Culture which finds him overshadowed on most tracks and underrated in the game.

The brains. The creator (and eventual destroyer) of NWA. His charisma was second to none and his understanding of how to turn controversy into cash set the bar for the industry. E provided the blueprint (both good and bad) for hip-hop moguls. From Sure Knight to Master P, Diddy to Jay-Z and even Dr. Dre. He wasn’t the most talented MC (Ice Cube wrote all of his lyrics for Straight Outta Compton and Eazy Does It) but he had an ear for talent and knew how to hustle.

Not just the creator of NWA’s unique beats but the forefather of the entire West Coast gangster sound. Dre produced (and mixed and mastered) every NWA song recorded and released and his signature 808’s and his ability to dig deep into the crates and turn any sample into a ganster groove that could get anyone’s head nodding even if they couldn’t understand or even just stand the raw and gritty lyrics the crew was spitting. Like Eazy-E he wasn’t the dopest on the mic but the music he created more than makes up for it and makes the Doctor as crucial to the success and game-changing legacy of NWA as anyone.

NWA was a rap group first and foremost so the title of #1 member has to go to the best rapper in the group and without a doubt that is Ice Cube. The heart and soul of the group and the official voice of the gangster rap movement even when he wasn’t rhyming as he wrote the majority of the lyrics for the group’s debut album and Easy-E’s solo debut. That kind of power, reach, and influence cannot be denied or overlooked. Raw yet deep, crass yet intellectual, Cube was at the forefront of what hip-hop culture would evolve into and rapped about the complete young black experience in America. His departure was the beginning of the end of the group (which speaks to how important to the group he really was) but what he helped start coming straight outta Compton changed The Culture forever.

Check out some of our other recent articles: 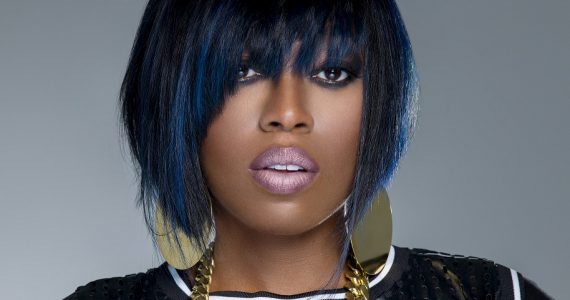