The Culture has a long and storied line of amazing sitcoms and today’s #CultureClassic spotlights arguably the funniest black TV show of all-time, Martin.

The brainchild of comedian and legendary creator for The Culture, Martin Lawrence, Martin debuted on Fox on August 27, 1992 and ran for five seasons totaling 132 episodes. It was a revolutionary show that both repped for The Culture and helped establish Fox as a major network player.

Martin Lawrence played the character Martin Payne, a DJ and eventual TV host and centers on his misadventures with his girl Gina (Tisha Campbell) and his crew Tommy (Thomas Ford), Cole (Carl Anthony Payne), and Pam (Tichina Arnold). Representation matters and the characters and the stories the show told were instantly relatable to black Americans living in the 90’s. While Martin and his friends would have arguments that were sometimes trivial and comical, they would also address issues like keeping it real in the black community, money issues, career vs jobs, moving in with each other, and traditional male/female roles at work and home. It was always poignant and funny.

Martin is also a show strongly connected with hip-hop. The show debuted around the same time hip-hop was finally getting it’s mainstream due and naturally they were influenced by one another. Notable guests ranged from The Notorious B.I.G. to Marin’s classic sing-off with Jodeic. And to this day artists still pay homage to the show with Big Sean basing an entire music video on the show’s iconic intro and Kanye West and J. Cole among the countless MCs that have mentioned the show in their verses.

With so many classics characters and moments combined with its representation of black culture in mainstream media and it’s influence on hip-hop, Martin was a network television game changer and an undeniable #CultureClassic. 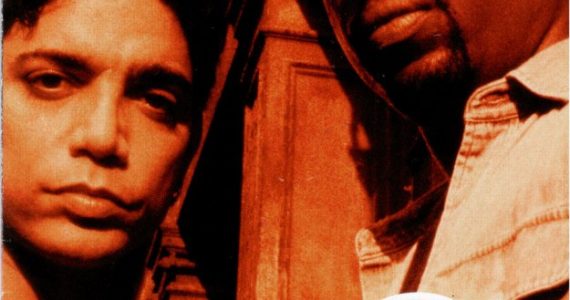