The end of another year is upon us so this week in #CultureClassics we show love to THE New Year’s anthem of this and ever other year, “1999” by the only and only Prince.

“1999” is the title track from Prince’s album of the same name. The song and album dropped in 1982 way before the year 1999 and is one of Prince’s best-known records, and a defining moment in his rise to superstar status in and beyond The Culture.

Written during the height of the Cold War, “1999” is a party jam with a deeper meaning, as Prince addresses fears of a nuclear war at a time where the United States was stockpiling nuclear weapons and beefing with the Soviet Union singing: Everybody’s got a bomb/We could all die any day

But Prince keeps it optimistic making the point that we should enjoy whatever time we have on earth while we still can, even if it all ends by the year 2000: But before I’ll let that happen/I’ll dance my life away

And when the actual year 1999 rolled around the song caught a second life as fears of the Y2k bug stocked more doomsday fears and people needed another excuse to let loose from the troubles of the world and party.

And that enduring message of don’t fear, just enjoy life and party made “1999” the lasting party starter it’s become and with the exception of “Purple Rain”, probably Prince’s most iconic song. So when the synth keys start blaring from your New Year’s Eve party, hit that dance floor and party like there’s no tomorrow.

#FunFact: Prince doesn’t actually sing on this track until the third line. The first lead vocal is by backup singer Lisa Coleman and the second is guitarist Dez Dickerson. 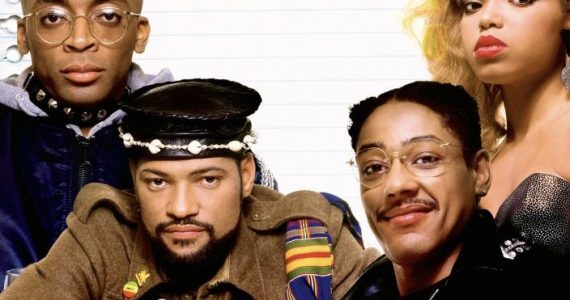