Melissa Jefferson aka Lizzo, is a rapper/singer based in Minneapolis by way of Houston and is one of the most unique musical creators for The Culture out right now.

Lizzo began her career in rapping while living in Texas and after moving to Minneapolis, she performed with indie groups including the electro soul-pop duo, Lizzo & the Larva Ink and went on to perform with various groups throughout the are building up strong buzz.

In 2013 Lizzo dropped her first solo album appropriate titled Lizzobangers, to critical acclaim and her first taste of national success as Time named her one of 14 music artists to watch in 2014.

After struggling with body issues at an early age, Lizzo is now a firm believer in body positivity and actively promotes self-love in many forms. Her group of back-up dancers, The Big Grrrls, consists of all plus-size dancers and they get down to the sulfur. funky, R&B/pop/hip-hop fusion Lizzo creates. She keeps an arsenal of sharp musical tricks up her sleeve. Whether it’s her crackling sense of humor, ear for sticky hooks, or pointedly feminist, sex-positive lyrics, Lizzo twists rap and pop conventions into her own hilarious, no-F’s-given image.

Two years later, Lizzobangers, She dropped Big Grrrl Small World in 2015, which, was followed by her 2016 major-label debut, the EP Coconut Oil. And in April off 2019 she’ll be releasing her new album Cuz I Love You so watch out for more from this amazing and multi-talented artist.

#FunFact: Lizzo is a founding member of not one, not two. not even three or four but five indie hip hop groups: The Chalice, Grrrl Prty, The Clerb, Ellypseas, and Absynthe. 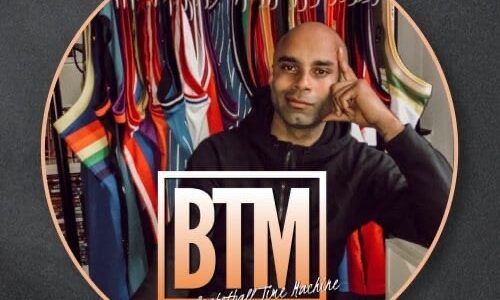